New to Guild Wars 2? Get a free account here.

To join the fun, log in and create level 80 virtuoso, willbender, and harbinger characters using the three elite specialization beta character slots on your account. Please note that the beta characters will disappear on 22 August at 5:00 a.m. UTC (August 21 at 10:00 p.m. Pacific Time) at the end of the event, and any gameplay progress earned while playing on them will not be saved.

Virtuoso (Mesmer)
Weapon: Dagger
The virtuoso sharpens the power of their mind into deadly psionic blades. Unlike traditional mesmer illusions, they wield these directly as magic projectiles.

Willbender (Guardian)
Weapon: Off-hand sword
A willbender’s bladework is unmatched, and they use rapid movement skills to take the fight directly to their enemies.

Harbinger (Necromancer)
Weapon: Pistol
Harbingers use corrosive bullets against their foes and inflict Blight on themselves to convert pain into power. 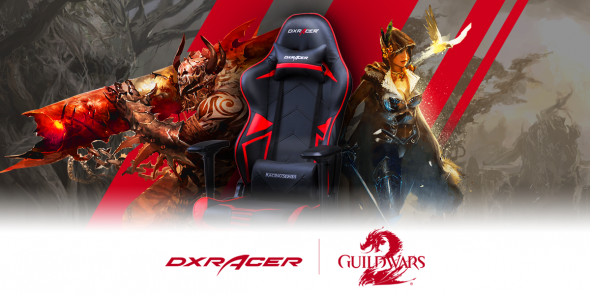 We’ve partnered with DXRacer to help you prepare your gaming battlestation for Guild Wars 2: End of Dragons! You could win a DXRacer Racing Pro Gaming Chair—just follow these steps.

Read the official rules and regulations for all the details.