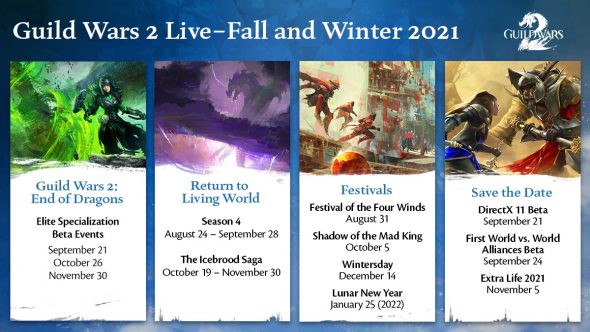 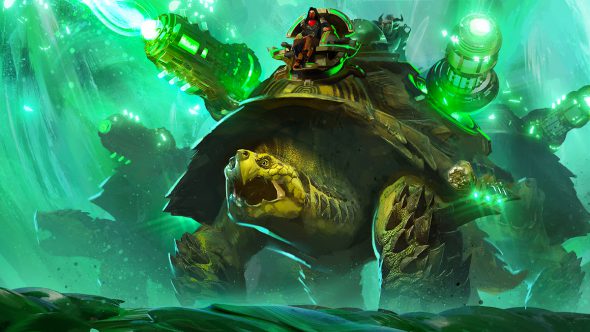 Return to Living World Season 4 and The Icebrood Saga 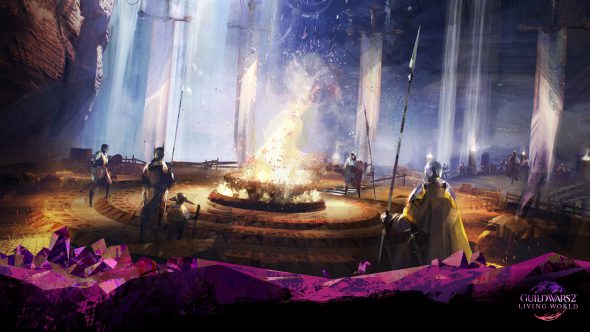 Return to Living World™ continues today with the first episode of Season 4, “Daybreak.” Log in every week through 28 September to unlock a free Living World Season 4 episode and catch up on the story and rewards. Free episodes of The Icebrood Saga will be in the spotlight weekly from 19 October through 30 November.

Complete new achievements for each Living World episode to progress the Seasons of the Dragons meta achievement and prepare for Guild Wars 2: End of Dragons with fantastic rewards!

Last month we confirmed that the WvW World Restructuring feature (a.k.a. Alliances) is in active development. Today we’re back to announce that we’re targeting 24 September for the first week-long beta test of the system.

We have a lot of work to do before then. On 31 August we’ll be rolling out some substantial updates to our server infrastructure—specifically, the servers that make World vs. World possible. This new server code is going to run silently in the background for a few weeks, allowing us to stress test the system with live player data. Ideally, you shouldn’t notice anything different in your WvW gameplay during this time.

We know you’re eager for the gritty details about world restructuring. We’ll be posting a dedicated blog on the feature well in advance of the first beta event, which will include an up-to-date overview of the system and our plans for the betas.

Starting on 21 September we’ll be running a beta test for the DirectX 11 upgrade we discussed in July’s studio update blog post. Keep an eye out for more information on the upgrade and what changes you can expect to see in the coming weeks.

Festival of the Four Winds arrives next week! Chill out in Labyrinthine Cliffs or slake your thirst for combat in the Crown Pavilion from 31 August to 21 September.

Bonus events will continue between our annual holiday festivities.

We’ve also heard Tyria’s stylists buzzing with excitement about some fresh new trends. It won’t be long until you’re on your way to Cantha in Guild Wars 2: End of Dragons, so look for opportunities to put your best face forward this winter!